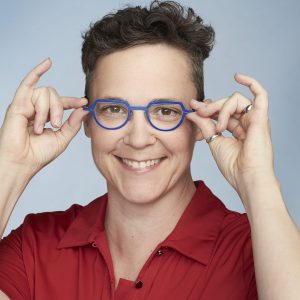 Wendy Wise is the Director of Software Engineering for Honeywell. Based in Atlanta, she provides thought leadership and technical direction to an innovative team of builders and makers. She is currently helping establish and deliver on several multi-year product roadmaps in the Building Technology space. She has led the technical efforts in publishing to voice platforms like Amazon, Google, and Apple, assistant platforms like Bixby and Google Assistant, web and mobile apps, and virtual and augmented reality apps. She is a tech geek and early adopter and is thrilled that her role at Honeywell allows her to flourish in both areas.

She attended the University of Georgia (Go Dawgs) for her undergraduate degree and the Georgia Institute of Technology for her Master’s in Business Administration. There is one day per year that she wins no matter the outcome of the football game. Wendy has written articles, published podcasts and videos on Augmented and Virtual Realities for O’Reilly Media and her book on beginning Swift programming, Anyone Can Create an App, was published in 2017 by Manning Publications. She is currently writing a new course on Augmented Reality in XCode and Unity for O’Reilly which should be launched in mid-2019. She volunteers by teaching introductory Swift classes, conducts mock interviews for college students, mentors girls in STEM, and judges hackathons and STEM competitions. She also speaks at several conferences each year and has keynoted and moderated panels. She believes that her role at this point in her career is to help the next generation of women and under-represented peoples to flourish in the technology world.

She is always learning and challenging herself, especially in trying to balance her love of triathlons with her love of good bourbon and craft beer. She has been married for 19 years and has one adorable dog.