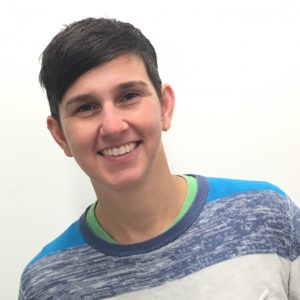 At 10 years old, Theresa Pasinosky knew she would live in San Francisco because “this is where the gay people live”. At least that is what her mother said as they drove down Polk Street in 1983. You will need to ask Theresa what she saw on Polk Street that day to know why that idea was terrifying. Nonetheless, it became Theresa’s childhood obsession to live in San Francisco. Since arriving in San Francisco over 20 years ago, Theresa has worked to bring financial services to the undeserved. Today she is a leader at Xoom, A PayPal Service, which provides immigrants with a low cost way to send money to their families back home from their phone in seconds. After 10 years with the company, Theresa still loves her job because she believes in their mission: “Xoom believes in a future free of exploitation for immigrants, where everyone is treated fairly and with respect”. She believes this mission is more important now than ever before.