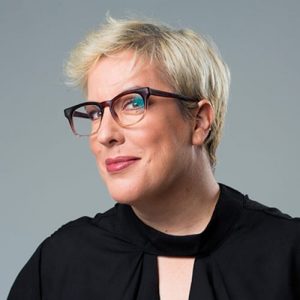 Tami Berenstein is an acclaimed international Animation and documentary director, a concept artist, animator and an illustrator.

She is the founder, Manager & artistic director of “AniNation” The international animation festival – Jerusalem!

In Summer 2016 she was the first woman to be named : “Animix festival 2016 Notable” , the highest award in the field of animation in Israel.

Since graduating in Animation at the “Bezalel Academy of art and Design” she specialized in different aspects of the trade such as: developing designated TV channels, Conceptual Branding, Development Creation and Direction of animation series, Computer games and children’s books.

For 8 years she worked as an Art Director at the “Telad” tv network, as well as at “Fox-Baby TV” for which she created an original tv series who broadcasts at 85 different tv channels around the world, alongside an Israeli “Sesame street”, “safari kids” and a diverse original content for various clients.

She is the chief animation elector and a senior advisor for the “Gesher” fund for cinema, and a teacher and lecturer in Israel leading animation art schools animation and direction departments.

Her personal work was screened in festivals all over the world and in various tv channels and she was nominated for the “Ofir” prize (the Israeli Oscar equivalent) for a documentary screenplay.