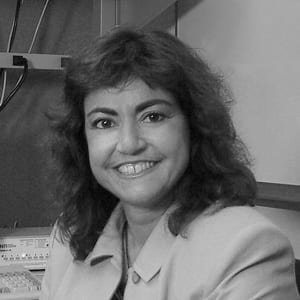 Prior to starting Nutrihand, Bittencourt had established a distinguished 20-year career in the software industry, including serving as a senior executive at Time Warner and Microsoft. At Time Warner, Bittencourt managed the Easy Transactions Group, responsible for e-commerce technologies. As the original creator of Microsoft Expedia, Bittencourt led the team that launched the site to become one of the Internet’s hottest properties.

Bittencourt also worked at Lotus Development where she was responsible for the multimedia CD-ROM versions of 1-2-3, 1-2-3 SmartHelp, Notes, AmiPro, FreeLance, and the development of ScreenCAM. She was responsible for launching the first telecommunications satellite in Latin America. Bittencourt holds a number of patents for Internet and hand-held device software. She is also a published author. Her book, “My Road to Microsoft” has been published in the U.S. and in Brazil (“Uma Vida de Sucesso”). A native of Brazil, Soraya received her M.S. degree in Telecommunication and Computer Science from the Universidade Gama Filho and her B.S. E. E. degree from Centro Federal de Educação Tecnológica do Rio de Janeiro.