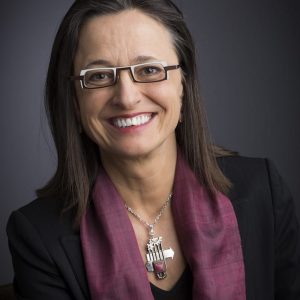 Until recently, she was Vice President of Emerging Technology Partnerships at IBM Corporation, leading key strategic initiatives to scale IBM’s ecosystems such as the MIT-IBM Watson AI Lab. Previously, she was Chief Operating Officer for IBM Research, one of the world’s largest and most influential corporate research labs with 3,000 researchers in over 20 locations around the globe. IBM Research is pioneering the most promising and disruptive technologies that will transform industries and society, including the AI, blockchain and quantum computing.

Prior to joining IBM, Sophie served for over a decade as Corporate Officer and Chief Technology Officer at Xerox Corporation, leading Xerox’s research labs globally, including being the Chair of PARC Inc., a Xerox Company. At Xerox, Sophie was for 6 years the Corporate Champion for GALAXe Pride at Work, Xerox’s employee Gay, Lesbian, Bisexual, Transgender group. Sophie is also the recipient of the Out & Equal Workplace Advocates 2011 Champion for Workplace Equality Award.

Sophie is a Fellow of the Institute of Electrical & Electronics Engineers and holds 14 US patents. She serves on the Board of Directors of IDEXX Laboratories, on the Dean of the Massachusetts Institute of Technology (MIT) School of Engineering advisory council. She is a trustee of the Massachusetts Technology Council and at the Boston Museum of Sciences. Previously she served on the Board of Directors of Analogic Corporation and Nypro Corporation and as a Trustee of the Worcester Polytechnic Institute (WPI).

Sophie was born in Belgium where she received a Master’s Degree in electro-mechanical engineering from KU Leuven. Her Ph.D. in electrical engineering is from Cornell University in Ithaca, NY.