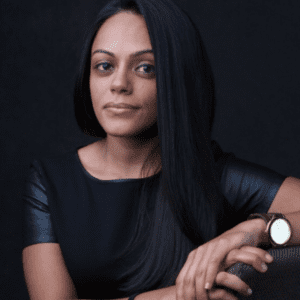 Sasha Neha Ahuja is a social worker, community organizer and advocate from New York City. Sasha got her start in progressive organizing at the NY Taxi Workers Alliance over a decade ago. Since then, Sasha has built her career anchoring racial and gender justice and facilitating community-driven policy change at organizations like the Urban Justice Center, Planned Parenthood of New York City, and the National Association of Social Workers. Sasha currently is a Team Member at August Public Inc. where she consults with teams in building capacity for responsive ways of working and readiness for work in the 21st century. Prior to this, Sasha served as Deputy Director of the Policy & Innovation Division, within the Speaker’s Office at the NYC Council where she most notably drove Speaker Melissa Mark-Viverito’s Young Women’s Initiative, the first-in-the-nation initiative dedicated to lifting up young women and girls of color. Sasha is also an Adjunct Instructor at the Silberman School of Social Work at Hunter College and Touro Graduate School of Social Work where she teaches Social Policy and Power, Privilege & Oppression (respectively). Sasha is also a trainer and facilitator with a range of progressive political training organizations and pipeline programs working with folks interested in deepening their racial justice analyses to engage in the work that drives them. In 2015, she was recognized as part of City & State’s Class of 2015 40 Under 40 New York City Rising Stars. Sasha holds a BA from Hunter College of the City University of New York (free CUNY!) and a MS in Social Work from Columbia University.