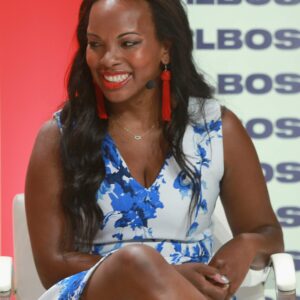 Sarah Kunst, managing director of Cleo Capital, is an investor and entrepreneur who has worked at Apple, Red Bull, Chanel & Mohr Davidow Ventures. She was the founder of LA Dodgers backed Proday. She is also a contributing editor at Marie Claire Magazine. Her philanthropic interests include the boards the Michigan State University Foundation Endowment.

Kunst has been named a Forbes Magazine 30 under 30 and a top 25 innovator in tech by Cool Hunting. She has been recognized for her work in Business Insider as a 30 under 30 Woman in Tech and Top African-American in Tech & Pitchbook Top Black VC To Watch and Marie Claire Magazine named her a Young Gun to watch. She has written for Techcrunch, Forbes, Wall St. Journal, Fortune and Entrepreneur.com. Marc Andreessen named her one of his 55 Unknown Rock Stars in Tech.