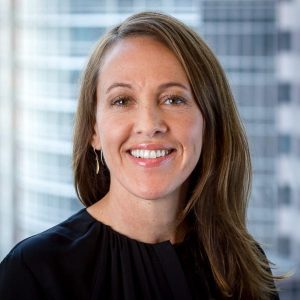 Sara joined Twitch in January 2018 as Chief Operating Officer, leading the commercial, operations and go-to-market teams globally. She has over 20 years of leadership experience in the broadcast, technology, and entertainment industries. Prior to Twitch Sara was COO at Pandora, where she worked to transform the internet radio pioneer into a personalized music service connecting artists directly with fans at scale. Her efforts to build strong relationships with the music industry placed Sara on Billboard’s coveted list of Most Powerful Women in Music in 2015 and 2016. Prior to Pandora, Sara was on the Executive Team at LinkedIn, responsible for corporate development and new ventures, during which time she led the company’s successful entry into the China market. Sara spent five years in a range of leadership positions at Microsoft, including leading international expansion, business operations and new ventures for the Xbox division. During this time she was a founding member of the team that created HoloLens, Microsoft’s market-leading Augmented Reality headset. Sara has extensive experience building consumer internet businesses across a broad range of international markets, including EMEA, LATAM, and the Greater Asia Pacific. She holds an MA with honors from the University of Canterbury in New Zealand.