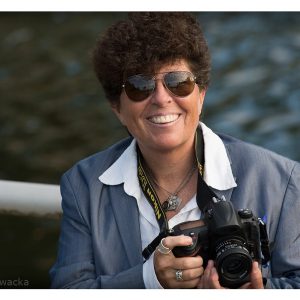 Sandy Cioffi is the co-founder and creative director of fearless360º, a creative agency working at the intersection of emerging technology+arts//culture+education. As a 2016 Stranger Genius Award nominee, Sandy has been recognized as a cultural innovator. Sandy’s film directing and producing credits include the critically acclaimed Sweet Crude, Crocodile Tears, Terminal 187, and Just Us. She has worked with human rights organizations in using video as a documentation and verification tool – specifically providing video evidence during the 1998 Marching Season in Northern Ireland and documenting the Immigrant Workers Freedom Ride in 2003. As a video artist, Sandy has created media design for live performances at the Annex Theater, Hugo House, The Seattle Repertory Theater and On the Boards. A long-time educator, Sandy taught film production at Seattle Central Community College, Seattle University, and is the founder of the Film+Media program at Cornish College of the Arts.
She serves on several advisory boards and is on the board of directors of the Northwest Film Forum. She delivered a TEDx titled VR: an evolution in November 2017. She is currently working on the new public incubator, the Creative Exchange Lab.