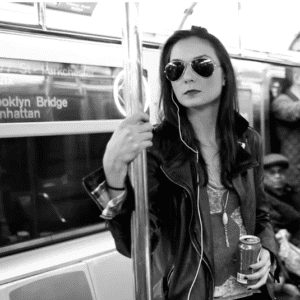 Prior to joining Chronicled she previously served as the CTO of Huckabuy, a coupon aggregation site and Founder and CEO of Stunable, a provider of inventory management and marketing software that enables clothing companies to integrate e-commerce sales with cross-channel interactions. Through her success with Stunable, Samantha had the opportunity to collaborate with Bravo in creating a tech-focused television series, to work with Saatchi M&C in building an in-house development team, and to advise many other companies in the NYC, LA, and Seattle markets. She is also the founder of Machine Elf Consulting, a web development and consulting firm based in New York, NY.
Before commencing her career, Samantha attended Colgate University, graduating Magna Cum Laude with a BA in English and Sociology—specializing in Critical Theory, Linguistics, and Symbolic Systems. She continued her academic pursuits at King’s College in London where she studied Management/Entrepreneurship and the London School of Economics where she studied organizational culture. Samantha graduated from NYU Summa Cum Laude in the spring of 2013 with a MA in Digital Media—specializing in Human Computer Interaction, Information Systems, and Web Application Development. Samantha is not only a business minded leader but also full-stack web developer. Proficient in Ruby on Rails, Python/Django, HTML5/CSS3, as well as front-end frameworks, the founder of two technology companies, and published researcher, Samantha likes to think of herself a tech industry triple threat: academic, developer, and entrepreneur.
On the personal side, Samantha is an avid risk-taker and daredevil, attaining her pilot’s license at the age of 17 and accumulating over 700 jumps as a competitive skydiver. She also has a 130 pound Newfoundland named Lord Byron.
samantharadocchia.com