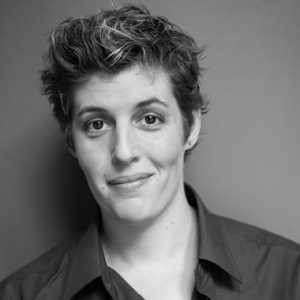 Sally Kohn is one of the leading progressive voices in America. She is currently a CNN contributor and columnist for the Daily Beast. Sally was previously a Fox News contributor, the motivation for her widely-seen TED talk, as well as a regular guest on MSNBC. Sally’s writing has appeared in the Washington Post, New York Magazine, More Magazine, Reuters, USA Today, Salon, Politico, Time and many other outlets. Her work has been highlighted by outlets from the New York Times to the Colbert Report to the National Review, and Sally is ranked by Mediaite as one of the top 100 most influential television pundits in America. Previously, Sally was Senior Campaign Strategist with the Center for Community Change. Before that, Sally held a program fellowship at the Ford Foundation, helping to manage more than $15 million in annual grants to social justice organizations nationwide. She was also strategic advisor to the Social Justice Infrastructure Funders, a private network of 25 top program staff from some of the nation’s most prominent foundations. Before that, Sally served as Executive Director of the Third Wave Foundation, the leading young women’s organization in the country. She was also a distinguished Vaid Fellow at the National Gay and Lesbian Task Force Policy Institute, where she published a groundbreaking guidebook for organizing campaigns to win domestic partnership benefits. Sally received a joint degree in law and public administration from New York University and was a Root Tilden public service scholar at the New York University School of Law. She received her undergraduate degree from George Washington University in D.C. Originally from Allentown, Pennsylvania, Sally now resides in Brooklyn, New York, with her partner Sarah Hansen and their daughter Willa.