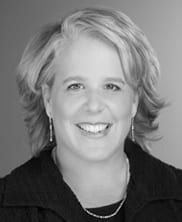 Roberta A. Kaplan (@kaplanrobbie) is an American litigator and partner in the Litigation Department of Paul, Weiss, Rifkind, Wharton & Garrison and an adjunct professor of law at Columbia University Law School. Called “amazing” by President Bill Clinton, she has been cited as one of “100 Most Influential Lawyers in the United States.” In a move that U.S. Attorney General Eric Holder described as “unusual for a private attorney” she successfully argued before the Supreme Court of the United States on behalf of her client, Edith (Edie) Windsor, in United States v. Windsor. This resulted in the groundbreaking decision that invalidated a crucial section in the 1996 Defense of Marriage Act (DOMA).