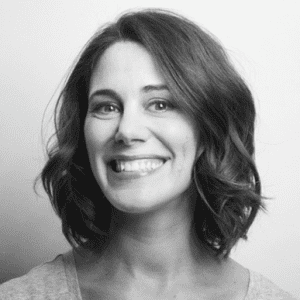 Rachel Sklar is a writer and entrepreneur based in New York. She is the co-founder of Change The Ratio, which increases visibility and opportunity for women in tech & new media, and TheLi.st, a network & media platform for awesome women. A former lawyer who writes about media, politics, culture & technology, she was a founding editor at Mediaite and the Huffington Post. She has written widely for publications including New York Times, Newsweek/Daily Beast, Politico, Mashable, Medium, Mother Jones, Glamour, Elle, Marie Claire and co-created and hosted the first Daily Beast video interview show. She is the author of A Stroke of Luck: Life, Crisis and Rebirth of a Stroke Survivor (1998) and has contributed to several anthologies, including TheLi.st’s The 10 Habits of Highly Successful Women (2014), My Parents Were Awesome (2011), This Is Why You’re Fat (2009) and Camp Camp: Where Fantasy Island Meets Lord of the Flies (2007). Rachel speaks widely at conferences, events and on TV, and is the co-host of “The Salon” on The Jewish Channel (check local listings!). She is an advisor to several startups, including Vox Media, The Daily Muse, Lover.ly, DonorsChoose, TeachAIDS.org and She’s The First. She is also a proud member of the Reboot, TED & Summit communities and of the Lean In launch team. Rachel’s other initiatives include founding Charitini, a social enterprise to facilitate group giving around events, and CTRComedy – an all-women comedy initiative which quadrupled the number of women performing comedy at SXSW in 2011 and 2012. Rachel was named to the Silicon Alley 100 in 2009, 2010, 2011 & 2013, FastCompany’s “League of Extraordinary Women,” Forbes’ “Women Changing The World,” JWA’s “Making Trouble, Making History” award, Marie Claire’s “New Guard” and has earned numerous awards for her writing, including multiple Mirror Award nominations and two People’s Choice Mirror awards. In 2014, the #changetheratio hashtag was named one of Forbes’ Viral Hits for Empowering Women & Girls. Follow her on Twitter at @rachelsklar, and sing showtunes with her anytime.