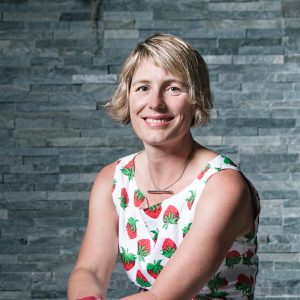 Obi leads early stage projects at X, the team behind self-driving cars, self-flying delivery vehicles, energy kites and Internet from balloons. As director of X Foundry, she is responsible for getting early stage X projects from the lab into the real world (or ensuring they fail fast). Previously she was director of consumer marketing for Google in Europe, Middle East and Africa, which sounds like the easiest job in the world until you consider that Google has 100+ products in a region of 120+ countries as diverse as Germany, Russia, Egypt and Kenya. Before Google, Obi launched the ecommerce business of a major UK retailer, worked as a strategy consultant, and led eToys.com’s (unsuccessful) expansion to Germany during the first dotcom era.

Obi grew up in Berlin and saw the wall come down, then went to read Philosophy and Psychology at Oxford University. She lives in San Francisco with her husband (a beekeeper/triathlete), son (an inventor/ clown) and daughter (too early to tell, but high hopes that she’ll be a rocket scientist/diva). She loves yoga, bicycling, traveling, contemporary art and design, cooking, eating, and her family.