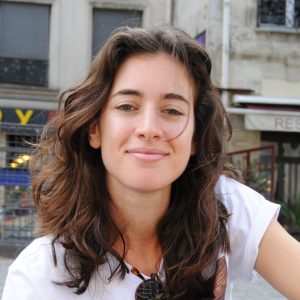 Muriel Naim is a CCO, Director of Creative & UX at HopSkipDrive and a Film Director. Originally from Tel Aviv, she currently lives and works in Los Angeles. She is a UX Consultant to companies such as 72AndSunny, Saatchi & Saatchi and ABC Television. She has over 9 years of hands-on experience in everything UX – Architecture, Strategy, Research & Design, and over 6 years of experience in Design mentorship and leadership, providing companies such as Disney, Sisense and Dreamscape with easy-to-use end to end platforms, apps & digital products. Her speciality is turning complex systems into neat & sharp user experiences.
She is also a Film & Theater director; Her work ranges from writing feature-length films, shorts, pilots and episodic T.V, to directing narrative films. She holds a Master degree in Film Directing from the American Film Institute, and she is the recipient of numerous awards & scholarships (including Kodak for excellence in directing and Irwin Allen’s Scholarship). Her films are screening nationwide in festivals, and her past work is distributed internationally. Muriel’s cinematic style is often described as viscerally intense and structure provoking, and her films usually delve into taboo-breaking subject matters.