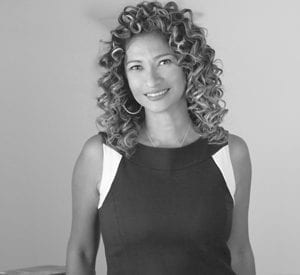 Mónica Taher is a serial tech entrepreneur and an Accelerate with Google Academy alumna. She is a Partner at Getty Images Latin America (GILA) and the CEO & Founder of ClipYap, a soon-to-be launched app that allows users to have lively conversations using movie and TV shows’ lines and actions in the form of motioned GIFs seamlessly put together. Mónica holds a Master’s degree in Cinema & Media Studies from the University of California, Los Angeles (UCLA) and has recently authored the forthcoming memoir My Life on Hold. Her mission is to help eradicate the gender gap in the tech entrepreneurship world. She is proficient in English, Spanish and Portuguese and is also an active member of the American Jewish Committee (AJC) Latin American Task Force. For her work and contributions on behalf of LGBT people, she has been recognized with a proclamation by the following elected officials: California State Senators Sheila J. Kuehl, Gloria Romero, Assemblymember Jackie Goldberg, Speaker of the House Nancy Pelosi, Los Angeles Mayor Antonio Villarraigosa and current lieutenant governor of California and former San Francisco Mayor Gavin Newson,. You can follow her blog at: www.monicataher.com