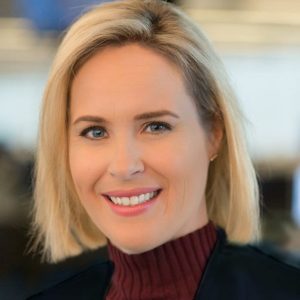 Ms. Megan Murphy serves as Washington Bureau Chief and Executive Editor at Bloomberg News since July 2015. Ms. Murphy served as the Washington Bureau Chief of The Financial Times Ltd. since January 1, 2015. Ms. Murphy joined the Financial Times in December 2007 and has also served as the law courts correspondent, investment banking correspondent and chief media correspondent. Prior to joining the FT, she was the legal affairs correspondent at Bloomberg News and a securities lawyer at Wilson Sonsini Goodrich & Rosati in Palo Alto, CA. She contributed to the Financial Times and ProPublica’s ‘Tax Wars’ series which earned an award for best online investigation by the Overseas Press Club in 2011, and received two awards in the “investigative” and “creative use across multiple platforms” categories from the Society of American Business Editors and Writers Awards in 2012. She was a leading correspondent on the FT Understanding Libor series which received an EPPY Award as the best news feature. She holds a bachelor’s degree from Yale University, a master’s degree from Columbia School of Journalism and a Juris Doctor from Northwestern University School of Law.