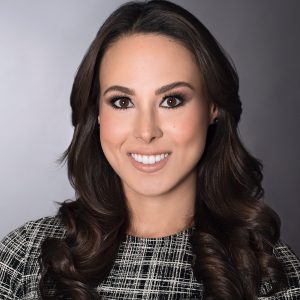 Meena Harris is Senior Policy Manager at Slack, where she provides strategic advice on tech policy issues pertaining to cloud-based enterprise software. Previous to that, she was a data privacy and cybersecurity attorney, advising leading tech and media companies on legal and policy issues, including data collection, use, and disclosure practices. Before law school, Meena worked in user operations at Facebook. She also was active on Barack Obama’s 2008 presidential campaign, for which she traveled from California to various battleground states, primarily focusing on youth-vote organizing and grassroots fundraising. In 2008, Meena co-founded Gen44, Obama for America’s young professionals fundraising program. Following the presidential election, Meena served as Deputy Campaign Manager for Kamala Harris’s successful race for California Attorney General in 2010, during which she was involved in all aspects of campaign development and operations, including digital communications, grassroots organizing, and fundraising. Most recently Meena served on now-Senator Harris’s campaign for U.S. Senate as Senior Adviser for Communications and Policy. In that role, she principally worked with the communications and finance teams to develop strategies to enhance the campaign’s online presence and national fundraising programs. Meena also is the founder of @imanentrepreneurbitch, and she’s a regular contributor to Lenny Letter.