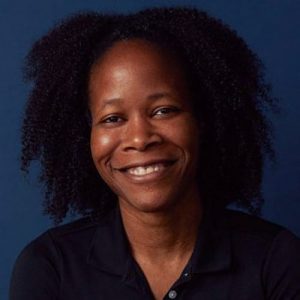 Masheika began her career as a litigation attorney before deciding to transfer into tech. In making this transition, she hoped to be able to work in the intersection of law and tech. After moving to California in 2014, Masheika worked as a contractor at several major tech companies before securing a full-time position. Throughout the employment journey, Masheika was able to keep focus on her purpose through her commitment to outside social justice projects. She founded the American Policing Project (APP) as an off-shoot of volunteer work she’d done with the American Bar Association.
The goal of APP is to participate in the process of making American policing more equitable and transparent. The first two projects undertaken by APP attempt to address policing concerns before and after deadly use of force occurs. The APP Citizen Survey is an effort to gather actionable data regarding beliefs and perceptions about the policing process from both the community and institutional point of view. California Amendment Initiative 17-022 is a targeted solution meant to address the epidemic of re-victimization of victims of unjustified deadly use of force, by clarifying the current state of the law of self-defense and ensuring transparency in the prosecution of law enforcement officers for certain delineated crimes.