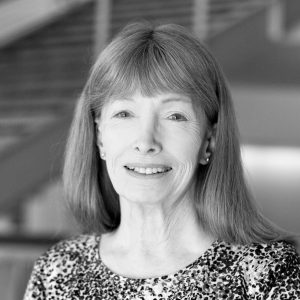 Lynn Conway is Professor of EECS, Emerita, at the University of Michigan. Lynn made foundational

contributions to computer architecture at IBM during the 1960’s. Sadly, IBM fired Lynn in 1968 when

they learned she was transitioning. A gritty survivor, Lynn restarted her career in stealth mode during

an era when gender variance was cruelly demonized. Rising rapidly through the ranks, she joined the

creating the modern “fabless-design + silicon-foundry” model of electronic design and production, and

launching a worldwide revolution in microelectronics. As Assistant Director for Strategic Computing

during the height of the cold war, Lynn led DARPA’s 1980’s initiative to develop the technology base

for modern intelligent weapons. In 1985 she joined the University of Michigan as Professor of EECS

and Associate Dean of Engineering, where she continued her distinguished career. Quietly coming

out in 1999, Lynn went on to create a widely-read trans-advocacy website that has given hope and

encouragement to transgender people around the world. In 2012 she published a memoir of the

Computer History Museum, holds two honorary doctorates, and is a Member of the National Academy

“If you want to change the future, start living as if you’re already there.” – Lynn Conway