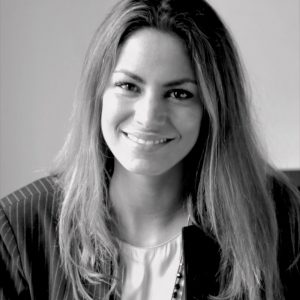 Learner, maker, systems thinker, innovator and tech evangelist, Luciana is the cofounder & CMO of MindCheck – a B2C marketplace for mental resilience – and a global keynote speaker (TEDx, SXSW, Cannes Lions, Lesbians Who Tech, among others) on the intersection of human tech, the power of VR and the value of diverse minds. She also consults and educates on XR innovation as her own brand SE(E) Solutions. Passionate about VR/AR/tech for good, she carries ongoing research on the possibilities and challenges immersive tech presents to neuroscience, unconscious bias and female/LGTBQ+ empowerment.

Formerly Head of Innovation at Beyond and Head of Partnerships at REWIND, and previously spent 9+ years growing award-winning startups. She remains a Director and Chief Evangelist at Realities Centre London (a B2B XR incubator and academy), co-chairs Tech London Advocates’ VRAR group and sits on the board of Series Q, a network for LGTBQ+ entrepreneurs. In 2019, she was elected amongst the Evenings Founders of the Future, one of BIMA’s Top 100 Rising Stars, Code First Girls ‘25 Ones to Watch’, ‘Top 5 Female Role Models in the Tech Industry’, and Virtual Perceptions’ ‘Heroes of VR’.

Along her career, she has consulted for the likes of The World Bank, Panasonic R&D, Bloomberg, Lloyds, Intel, KPMG, Facebook, and Barclays, and regularly speaks about her journey and current work at schools, conferences, and companies worldwide.