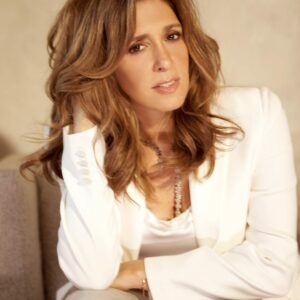 Lela Goren is driven by the power of buildings to create change – economic, social, historic.

She founded Lela Goren Group to build that kind of building. Magical physical spaces that bring people together, to create experiences that shift mindsets and expand possibilities. Economic opportunities for business, neighborhoods, communities. Foundations of the past, transformed to enrich the future.

Lela is a person who builds. As a real-estate developer and investor for 15 years, Lela has worked on millions of square feet of real estate and mixed-use developments in New York City, including residential, hospitality, office and retail in all phases of assembly, acquisition, finance, design, construction, sales and marketing. In 2016 she won the Women Builders Council Developer of the Year award.

Lela is an activist. As an intellectual property lawyer with a masters’ degree in international law, Lela saw change happen – or not – through the global systems of the United Nations, first in Geneva and then in New York City. She already knew how change happens at the grassroots: passionate, dedicated people roll up their sleeves and get to work. That’s how it happened when she was a college activist. And that’s how it continues to happen, having served on the boards of the Brooklyn Academy of Music, Donor Direct, Equality Now and The New Israel Fund, earning her the 2013 Civic Spirit Award by the Women’s City Club of New York.

Lela is a person who can work at scale. Recently as Chief Development Officer at WeWork Lela oversaw design, development and construction on projects around the world. Later as Vice Chair she oversaw governmental affairs, helping to build WeWork into one of the fastest growing companies in New York City history.

Lela is an untiring optimist. When she was four, Lela rode on her grandfather’s construction truck in Israel, and saw Jews and Arabs working and building together. When she was 30, she walked the halls of the United Nations General Assembly, and saw a building that made space for the whole world. Today, she sees what unites the broad spectrum of people it takes to put up a building, and the future they can build together.