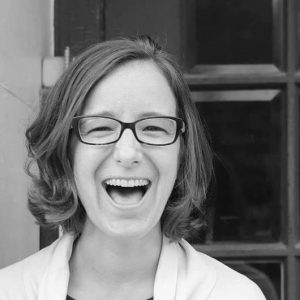 Lauren Groh-Wargo is a top political strategist, executive, and fighter for economic justice; and she is a key leader in shaping the emerging Democratic wave in the South. Most recently, Lauren served as the campaign manager for Stacey Abrams for Governor, a campaign that broke state records for fundraising and turnout and placed the first African American woman on the ballot as for governor for a major party in U.S. history. Spurred by the voting irregularities in Georgia and across the country, Lauren is now the CEO of Fair Fight Action, which focuses on electoral integrity and reform. She started her career by organizing against slumlords in Brooklyn, New York, which led her into the labor movement and campaign work. An organizer at heart, Lauren has led or advised campaigns, progressive organizations and leaders over the past sixteen years in New York, Ohio, Connecticut, Louisiana, Tennessee, Florida, Arizona, Virginia and Georgia. Throughout her career, Lauren has raised money door-to-door and advised high net worth donors, recognizing the importance of grassroots investment and growing the infrastructure of funding for progressive values. In her work, she helped pass ballot initiatives to raise the minimum wage, and she supported emerging political leaders across the South and around the country build their organizations and their leadership. In 2010, she built an unprecedented $15 million Ohio campaign effort. She launched the New Georgia Project in 2014 and served as its first executive director. Raised near Cleveland Ohio, she holds a degree in Economics from American University. Lauren resides in Atlanta, Georgia with her partner and four-year-old son.