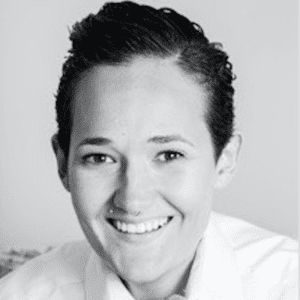 Lara Avisov is currently on the recruiting team at Uber and is an active advisor to UberPride, which is Uber’s Global LGBTQ Employee Resource Group. In this role, she works cross-functionally with different areas of the business to impact culture, engagement, community partnerships, and events internal to Uber and external to the communities they serve.

In her early days, she lived in Southern California, where she was heavily involved in the community, acting as a member of youth advisory boards to her city council and as a Legislative Ambassador for the American Cancer Society. She relocated to the San Francisco Bay Area around 10 years ago, to follow one of her dreams to study Political Science and International Relations. Since then, she’s assisted in launching/expanding the App Store and iBookstore Developer Support programs at Apple, hiring tech and non-tech talent for various startups including Airbnb, Pantheon, GoPro, and NerdWallet and participating in a variety of side passion-projects for The Ubuntu Center, a non-profit dedicated to providing tools & training for educators to make the world more socially and culturally aware. She currently acts as an advisor to The Ubuntu Center, where she is helping scope the future of the non-profit. Additionally, she spent several years as a counselor for St. George Pathfinders, a non-profit organization for children and youths.

In 2016, she was drawn to the talent, mission and drive at Uber, where she saw immense amounts of potential for growth and expansion in the areas that mean the most to her. She is also passionately involved with her community, non-profit organizations and gaining access for underrepresented communities both in tech and politics. She has been participating in Lesbians Who Tech’s summit’s for the past 4 years and continues to utilize her dynamic experience to push for Diversity, Inclusion and Sustainability efforts across various organizations including in her current role at Uber.

She considers herself a citizen of the world who is interested in continued expansion, learning about people, places, and cultures and helping to make the world a better place through experiential life coaching and training.