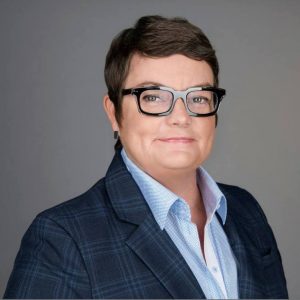 Kris Perry, Executive Director of the First Five Years Fund, understands that America’s future lies in the health and well being of the country’s youngest children. She has dedicated her career to bringing resources and support to parents, caregivers, and early learning workforce professionals to ensure children grow up healthy and ready to succeed in school and in life. Kris is a national thought leader on early childhood education, who has appeared in the New York Times, POLITICO, New Republic, Salon, Congressional Quarterly and many other new outlets across the country.

Previously, Kris served as Executive Director of First 5 California, fostering their emergence as one of the most well known and respected advocates for early childhood development on the state and national levels. Prior to that, Kris served as Executive Director of First 5 San Mateo County, where she implemented cutting-edge programs and led community design groups to develop countywide initiatives, including preschool for all and universal health care. Her dedication to children and their families began at the Alameda County Social Services Agency where she worked for more than 12 years in various capacities, including child abuse investigator, family preservation case manager, and program manager.

In addition to her role as a national leader on early childhood education, she was the lead plaintiff in the Hollingsworth v. Perry legal challenge to California’s Proposition 8, the landmark marriage equality case argued in front of the United States Supreme Court by the bi-partisan legal team of Ted Olson and David Boies.

She received her Bachelor of Arts degree from the University of California, Santa Cruz, and a Masters in Social Work from San Francisco State University. She also completed the Stanford Graduate School of Business Executive Program for Nonprofit Leaders. Kris is a licensed clinical social worker and a board certified diplomat who holds a postgraduate certificate as a service integration specialist.

Kris and her wife Sandy have four sons and live in Washington, DC.