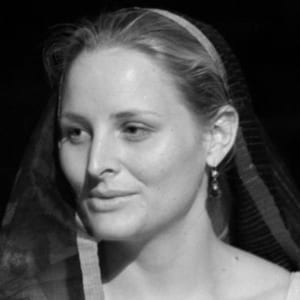 Co-Founder & President
PowerToFly
Katharine Zaleski is the Co-Founder and President of PowerToFly, the fully funded global platform that connects top female talent, primarily in tech, with remote and in-office jobs.  The idea was born out of the simple truth that women have changed, but workplaces haven’t. There are more highly experienced female workers than ever before, and yet companies can’t find enough women to create diverse teams to fuel innovation. By connecting women with jobs that value a work-life balance, Katharine and her Co-Founder and CEO, Milena Berry, know they can provide a solution to a growing problem that both companies and highly educated and talented women are experiencing across the globe.
Katharine started her career as the sixth employee of the Huffington Post where she ended up leading and building the site’s news team – and writing all the crazy headlines on the front page. She left in November 2009 to take a role at The Washington Post as Executive Producer and Head of Digital News Products. During her tenure, the Post re-launched its website; introduced numerous mobile apps for Android, iPhone and iPad; implemented a new CMS; developed a number of social engagement tools in conjunction with Twitter, Facebook and other partners; and ultimately saw engagement – measured by time on site – triple.
Prior to Co-Founding PowerToFly, Katharine was the Founding Managing Editor of NowThis News.
Katharine lives in Brooklyn with her husband and thirteen month-old daughter Charlotte Mary.