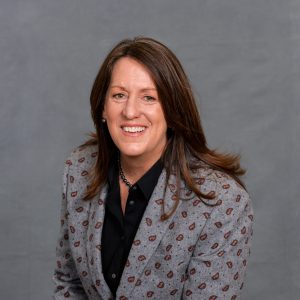 Kate Kendell leads the National Center for Lesbian Rights, a national legal organization committed to advancing the civil and human rights of lesbian, gay, bisexual, and transgender people and their families through litigation, public policy advocacy, and public education. NCLR’s legal, policy, and legislative victories set important precedents that improve the lives of all LGBT people and their families across the country. Projects and Legal Issue Areas Include: Asylum & Immigration; Elders; Employment; Family & Relationships; Federal Legislation & Policy; State Legislation & Policy; Hate Crimes; Healthcare; Housing; Low Income & Poverty; Prisons; Rural Communities; Sports; Transgender Law; and Youth.
Kate grew up Mormon in Utah and received her J.D. degree from the University of Utah College of Law in 1988. After a few years as a corporate attorney she was named the first staff attorney for the American Civil Liberties Union of Utah. In this capacity, she oversaw the legal department of ACLU of Utah and directly litigated many high-profile cases focusing on all aspects of civil liberties, including reproductive rights, prisoners’ rights, church/state conflicts, free speech, and the rights of LGBT people. In 1994 she accepted the position as Legal Director with the National Center for Lesbian Rights and made the move to San Francisco. In 1996 Kate was named as NCLR’s Executive Director. In that capacity, she assists in the development of litigation and strategy, and is responsible for all aspects of agency operation. She is also responsible for executing a broad and forward thinking vision around policy and project initiatives.
Kate acts as the primary spokesperson on behalf of NCLR to the media. She has appeared in hundreds of media outlets including the New York Times, Washington Post, BBC, NPR, Fox News, MSNBC, CNN, and dozens of on-line blogs. Kate is also a visible and vibrant social media voice.
Kate lives in San Francisco with her wife Sandy. They have two children Julian, 21 and Ariana 15.