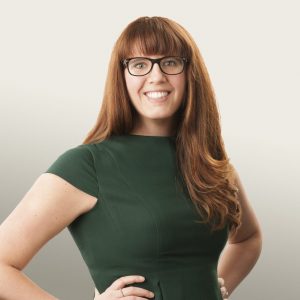 Kate Black is the Vice President of Research at EMILY’s List, where she works to provide critical information and insight on individual races, electoral trends, and federal and state policies impacting women and families. As Vice President of Research, she has conducted first-of-its kind research to measure the impact of having women in federal office. Prior to joining EMILY’s List in 2011, Kate worked as Research Director at a political consulting firm. During the 2010 cycle, she worked as a member of the rapid response team at the Democratic National Committee and coordinated research and communications at the Service Employees International Union. In 2007 and 2008, she served as a member of the Research Department on the Hillary Clinton for President campaign.

Kate is also the Executive Director at American Women, an affiliated organization of EMILY’s List. American Women works to amplify women’s voices across the country. In this role, she leads the organization’s strategic vision, research, and outreach with allies and partners. Since launching in September 2013, American Women has worked to establish itself as the research hub on economic security issues for women and families.

Kate currently serves as Director for the DC chapter of the Younger Women’s Task Force, which represents over 800 young women in Washington, DC. She also works to help close the gender wage gap as a salary negotiation trainer. Kate received her Master’s degree in Women’s Studies with a focus on Economics from George Washington University in Washington, DC and her Bachelor’s degree from Miami University in Oxford, Ohio.