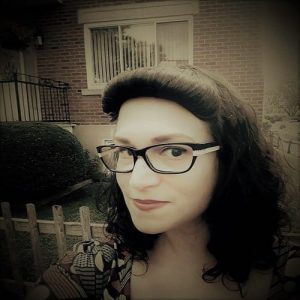 Dr. Juanita Marchand Knight is a graduate of Vanier College’s Audio Recording Technology program and holds a Doctorate of Musical Arts in Vocal Pedagogy from University of Miami, as well as a Master’s of Music in Opera Performance and a B.Mus in Early Music from McGill University. Equally passionate about Early Music and Electroacoustic Music, Juanita has enjoyed a varied career as a performer, singing in the operas of Handel and Purcell and premiering new works all over the world. Currently interested in applying technology to the creation of new and more inclusive vocal pedagogies for LGBTQ+ students, Juanita is writing music on queer themes and hopes to provide context for reimagining existing music to serve a broader cultural spectrum. Their voice studio currently caters exclusively to gender non-conforming clients. They affectionately refer to their first pop release, “B4 U” as their coming out anthem. Penned when they were 19, it took them years to see the song recorded and released worldwide under the stage name, “NeeNee Knightly.” The lyrics plainly tell a gender non-conforming love-story, though in the mid-1990s, the author didn’t quite have the language to explain. They sit on the Subcommittee on Queer People at McGill University, where they joined the Music Technology area as a Research Assistant in July of 2018. Dr. Marchand Knight hopes to see representation of female-identifying and female-presenting people in Audio increase from 5% to 50% in the near future.