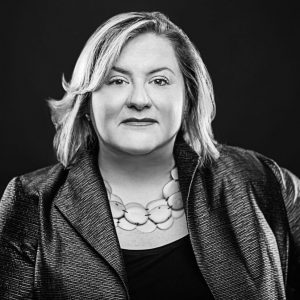 Joanna heads creative and design for IBM Interactive Experience across the globe with multi-disciplinary experience in advertising, design, and technology. She is a combination of big Texas ambition and New York City sophistication. Her passion and creativity has impacted some of the world’s most recognized brands.

Joanna was named a Power Woman of New York by The Wrap, one of Silicon Alley’s “Top 100 Rising Stars” and cited as a “marketing innovator” by Facebook. She has received many awards, including OMMA, IAC, Telly, Mixx, Webby, Cannes Lions and Tempo, as well as the coveted Jay Gondleman Award for Innovation. In 2006, Contagious Magazine cited her work for American Express as “the future of social media.”

Joanna’s mission is to transform customer experiences into enchanting experiences that drive growth for the world’s largest brands. Her typical day spans from identifying and mentoring the newest crop of artists to designing experiences that connect the Internet of Things to mobile, wearables and new inventions that transform industries. Joanna’s site, POST DIGITAL has captured visionary thought-leadership and the pulse of a fast-changing design, media and technology landscape. Since 2006 has garnered the attention of over 5 million readers. Her voice, activism and inspirational leadership has helped to progress Women in Tech and Creative leadership movements as well as increased funding for public school music and arts programs.

Like any great leader, if you asked Joanna what her crowning achievement is, she would break out shots on her mobile phone of her best art work her four children, Rebecca, Rachel, Thomas and Leah.