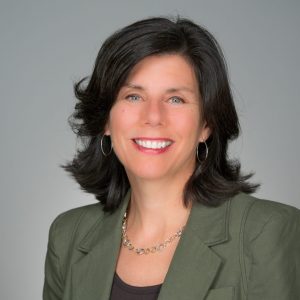 Jennifer’s first chapter at Amazon began in 1996, when Amazon had fewer than 50 employees and annual sales of under $16 million. During her first five years at Amazon, she was Director of Marketing; General Manager of Music; and Vice President of Books, Music, Video and Digital. When Jennifer left in 2001, Amazon had more than 7,000 employees and annual sales of $3.1 billion. She returned to Amazon in 2014 after 13 years as a community volunteer and LGBT activist. Jennifer is currently the Vice President of Amazon Books, a physical extension of Amazon.com that integrates the benefits of offline and online shopping to help customers find books and devices they’ll love.

Jennifer’s volunteer activities have been varied. She was an Advisory Board member of the public radio station, KEXP; and a board member of Seattle’s Rainier Scholars, Town Hall, and Seattle Girls’ School. Jennifer served for seven years on the national board of Lambda Legal and was its co-chair. She also served on the board of directors of Freedom to Marry. She was the finance committee co-chair of Washington United for Marriage, a coalition that led the campaign to win marriage equality in Washington. She is a volunteer for the Acumen Fund, a non-profit venture fund that invests in companies, leaders and ideas to bring sustainable solutions to big problems of poverty.

Jennifer received a B.A. in philosophy from Yale University and an M.B.A. from the Stanford Graduate School of Business. She is an avid reader, hiker, and music enthusiast. She lives in Seattle with her wife, their twin twelve-year-old sons, and their Portuguese Water Dog.