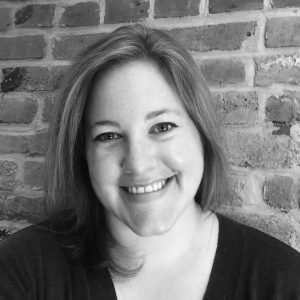 Jenna Lowenstein is the Digital Director at Hillary for America, where she leads the nationwide team using social media, email, online advertising, online organizing, design, and video to elect the first female president of the United States.

Jenna came to the campaign from EMILY’s List, the organization dedicated to electing pro-choice Democratic women to office, where she served as Vice President of Digital. She’s credited with expanding the group’s reach on social media and breaking its online fundraising records during the 2014 midterm elections.

Prior to joining EMILY’s List, Jenna honed her digital chops as Deputy Digital Director at the Democratic National Committee, Deputy Digital Director for Terry McAuliffe’s successful campaign for governor of Virginia, and in six or seven hundred different jobs at the social good start-up Change.org, where she helped grow a community of more than fifty million people worldwide dedicated to making the change they want to see.

Jenna lives in Brooklyn and is a graduate of Georgetown University. Her work has been profiled in Vanity Fair, Rolling Stone, Mashable, the New York Times, Washington Post, and Elle, which said Hillary Clinton is “So Good at Twitter.” She’ll pass it on.