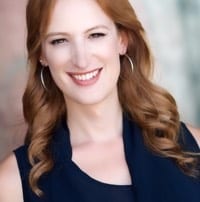 Writer and Actress
Her Story

Jen Richards is a writer & actress, as well as a consultant & advocate who works with national organizations and media projects. She is the co-writer/star/producer of the Emmy nominated series Her Story; co-producer of the upcoming docu-series More Than T and writer of its accompanying Trans 102 series; a 2016 Outfest Screenwriting Fellow for her feature script Any Given Week; and will be appearing in several upcoming projects, including CBS’s Doubt, and CMT’s Nashville. Jen was a series regular on E!’s I Am Cait, featured in Logo’s Beautiful As I Want To Be and AOL’s True Trans with Laura Jane Grace, and has appeared in several videos for BuzzFeed, OWN, and After Ellen. She has published essays on multiple platforms, and wrote the 2015 Sep/Oct cover story “What Trans Movement?” for The Advocate.

She was previously the Co-Founder and Director of The Trans 100, creator of We Happy Trans, a website dedicated to celebrating positive transgender experiences that has received national media attention, the websites WTF Trans Dating and Trans Love Stories, co-host of Sugar & Spice, an advice and news podcast with Bailey Jay, and many other trans focused projects.

From 2008 through 2013 she was the Managing Director of the multiple Grammy Award-winning contemporary classical music ensemble eighth blackbird, and served as President of New Music Chicago.  She was the Central District Director for the Theosophical Society in America and National Coordinator for the Young Theosophists Movement. Jen received her BA in Philosophy from Shimer College, studied at Oxford University and in Kyoto, Japan, is an Outward Bound alum, and has published articles, lectured, and led workshops on a variety of topics across the country.