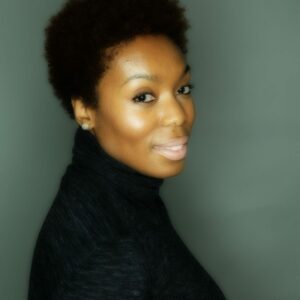 Ifeoma Ike is a first-generation activist, artist and attorney with experience in both private and public sectors, as well as grassroots and movement organizing. Ike currently serves as the Deputy Executive Director of New York City’s Young Men’s Initiative, and has championed several equity strategies including co-leading the creation of New York City’s Disparity Report, co-drafting the Mental Health Council Executive Order, and designing leading male teacher recruitment effort, NYC Men Teach. Ike also serves as a liaison to the City’s first ever Young Women’s Initiative, and has ensured young girls, LGBTQ youth, and families have been prioritized in citywide efforts.

A “change advocate,” Ike’s portfolio includes training law enforcement in implicit bias and passing criminal justice reform legislation as a Senior Policy Advocate at the Innocence Project; spearheading an international collaboration to provide the people of Haiti clean water post the 2010 earthquake as a staffer on Capitol Hill; and addressing voter disenfranchisement on a local and national level as Counsel of the US House Judiciary. Ike co-organized the first congressional staffer walkout “Hoodies on the Hill” in response to the shooting death of teenager Trayvon Martin, and co-facilitated the creation of the congressional caucus on Black Men and Boys. In 2016, Ike and six other women (#SheWoke Committee) successfully urged Congress to create the Congressional Caucus on Black Women and Girls following the death of Sandra Bland.

Ike is co-creator of Black and Brown People Vote; a member of think-tank collaborative, ThinkRubix; and has served as a movement lawyer throughout the country, including as a member of the Ferguson Legal Defense Committee. She is a member of the first cohort of “Change the Game,” an initiative to increase the number of civic data experts. Ike’s work has been awarded by the National Bar Association, Black Enterprise, and Huffington Post, among others. She is also a Lehman College professor.

Ike received her B.A. and M.A. in Communications Theory and Research at West Virginia University; J.D. from CUNY School of Law; and LL.M. from George Washington University Law School.