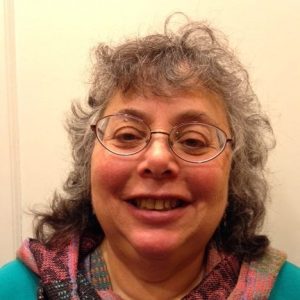 Helen Raizen is an EMC Distinguished Engineer working in the Emerging Technology Division (ETD). She is based in the state of Massachusetts, USA. Her current responsibilities include architecture and design for Neutrino, a turnkey, cloud computing system. Until the middle of 2013, she served as CTO for PowerPath, focusing on bringing new value to customers through host-based software utilizing the PowerPath platform. This work led to PowerPath Encryption with RSA and PowerPath Migration Enabler. Helen was part of the team that won first place in the 2010 Innovation Conference for a proposal to create Developing-World Friendly Storage. In November, 2011, Helen became the first participant in “Counterpart”, a four week residency program at the Bangalore CoE whose purpose is tighter technical interconnections along multiple dimensions. During her time at EMC, Helen has both managed project teams and provided technical leadership. In addition to her technical work at EMC, Helen serves on the board of the ELGBTA Diversity Circle.

Helen has over 35 years of experience in Software Development and Architecture, mostly concentrated in Operating Systems and Distributed Systems.  Other notable accomplishments include: designing a middleware layer that provides single system semantics to applications running on a loosely coupled, highly available multi-computer, redesigning and optimizing the synchronization subsystem of the KSR OS (scaling up to 1000 processors) for both improved reliability and performance, and design and implementation of a multi-event wait operating system facility.

Helen joined EMC in 1998. Prior to joining EMC, she held various positions at Dolphin Interconnect Solutions, Kendall Square Research, the Center for High Performance Computing, Prime Computer and the University of Wisconsin.

Helen has an M.S. in Computer Sciences from the University of Wisconsin – Madison and a B.A. in Chemistry from Carleton College. She has received 52 patent awards (all but one at EMC) as of August 2016. She is a Senior Member of the Association for Computing Machinery.