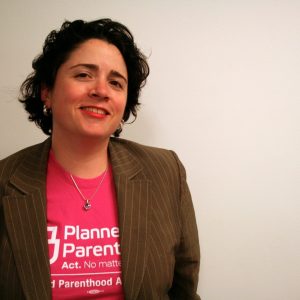 Heather is the Director of Digital Advocacy Strategy at Planned Parenthood Federation of America and Action Fund, where she is responsible for developing and executing the issue advocacy and political strategies for Planned Parenthood online. Her focus is to make Planned Parenthood’s advocacy program more robust and diverse in email and social channels. In 2017, she’s helping to drive programs around for issue education and advocacy to “Generation Z” and Millennials as well as a new Digital Organizing project.

Heather oversaw PPAF’s digital work during the 2011 Personhood ballot initiative in Mississippi, the 2012 election where 98% of Planned Parenthood Action Fund’s spending went to winning campaigns, and work on the 2013 Virginia Governor’s race through the “Keep Ken Out” campaign.

Heather’s work at Planned Parenthood was recognized as one of the “50 Women who made the 2012 Election” by Huffington Post, one of the “THE DIGITAL 50: The 50 Hottest People In Online Politics” by Business Insider, and as one of “50 Top Influencers to Watch” by Campaigns and Elections magazine.

Previously, Heather has served as VP of Digital at Fenton Communications, where she led the DC office’s digital practice, and the Director of Political Advocacy for Care2, where she worked to connect Care2’s millions of members to non-profits doing political work and advocacy campaigns.

Heather was also a partner and online organizing director for the Carol/Trevelyan Strategy Group (CTSG), instrumental in developing and growing CTSG’s Creative Multimedia department, including serving as executive producer and co-writer for several Pollie-award winning campaigns.