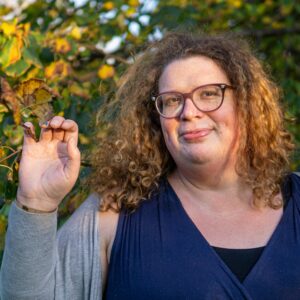 I’ve been messing around with computers since I was about half my current height. While I’ve been programming professionally for more than a decade, I still do have occasional flares of imposter syndrome. They are now more the exception, rather than the rule.

My current role is data engineering for a law firm, but in the past three years, I’ve worked with yarn, complex financial instruments, and air quality sensors, so each job I do, is different from the last… and I was even daft enough to try to write a programming book along the way.

Programming to me, is one of the most liberating, and empowering skillsets available. But I don’t want to be the only woman in a team of developers any more. I want to help more women and non-binary people become developers, because programming, opens up so many doors and opportunities, not to mention, it’s fun, and you rarely have to smash your head against a wall.