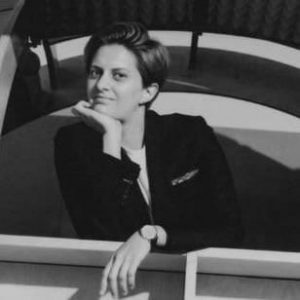 Erica Anderson is an entrepreneur at the intersection of journalism and technology. Her career has been based on the pursuit of building new structures for journalism in the digital age. She has sharp instinct and the ability to cross over generational and gender divides to bring people together to work on solutions to critical problems.

Erica currently works for the Google News Lab in New York City. An advisor and collaborator, Erica looks for ways Google can tackle big news industry challenges. A few of her partnerships include Journalism 360, a global network of immersive storytellers and Drone Journalism Camps, a cross-America series that trained hundreds of journalists to operate drones for newsgathering. She’s also a frequent voice on panels discussing topics such as AI in the newsroom and trust in media.

Prior to Google, Erica worked at Twitter Inc., where she began the company’s nascent journalism efforts, hired under Chloe Sladden to support her vision for Twitter and Media. The first news hire, Erica created such projects at Twitter for Newsrooms, satellite long codes (so journalists could tweet from war zones) and started the Dataminr for News initiative.

Prior to Twitter, Erica had the opportunity to work for Katie Couric at CBS Evening News, supporting Katie’s instincts that social “would be big” and providing her with support to lean into the new medium – integrating Twitter on the broadcast, utilizing blogs for interview research and much more.

Erica covered the 2008 Presidential election for MTV News as part of the network’s Choose or Lose Street Team ‘08. She has a B.A. from Indiana University’s School of Journalism. She is an advisor to Lesbians who Tech.