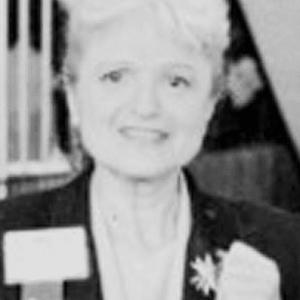 Edie Windsor has spent most of her adult life breaking boundaries. Beginning in 1956, she spent two
decades working with mainframe computers, first as a research assistant at NYU and then, starting in 1958, at IBM where she attained the highest technical rank. She won a competitive IBM PhD. Scholarship, and in 1987 was honored by the National Computing Conference as a Pioneer in Operating systems.

Edie received the first IBM PC delivered in New York City, and became active in founding and organizing
the two most important user groups. In 1985, she founded and became president of PC Classics Inc., a
software house specializing in consulting and later expanding into major software development projects.

Windsor was in the trenches and in the leadership of so many LGBT organizations in the past 30 years that the scope of her meaningful work has touched East End Gay Organizations, the LGBT Community Center, and Team New York at the Gay Games in NYC in 1994. She was also one of the first Marriage
Ambassadors for Empire State Pride Agenda. The Edie Windsor Fund for Old Lesbians, gifted to Windsor on her 70th birthday and maintained and administered by Open Meadows Foundation, provides meaningful grants to projects by and for lesbian older adults.

Windsor served on the Board of Directors of SAGE from 1986 -1988 and again from 2005-2007. She was a founding member of the Improv acting group, Old Queers Acting Up, whose rallying cry was, “Out of the closest, onto the stage.” For several years, this group performed skits around ageism, racism, homophobia and the other oppressions at various venues, such as the Task Force’s Creating Change conference, SAGE conferences, college, high schools, social work agencies, and more. No mention of Edie would be complete without talking about her 42 – year engagement and finally, marriage to Dr. Thea Spyer. Their love affair is honored by the documentary Edie & Thea, A Very Long Engagement by Susan Muska and Greta Olfsdottir. Edie traveled extensively with the film in this country and in Europe, using the Q & A to advocate coming out, for marriage equality, and for the joy in commitment.

The case of United States v Windsor is arguably the most influential legal precedent in the struggle for LGBT marriage equality. In its landmark 2013 ruling in Windsor, the Supreme Court struck down Section 3 of the so-called Defense of Marriage Act (DOMA) which by its terms had excluded gay couples from all the benefits and protections of marriage under federal law. At the heart of Windsor is the principle that gay people have dignity, and that the Constitution mandates that this dignity be respected equally under the law. Since Windsor, more than forty federal district court opinions and four circuit courts have held that the U.S. Constitution requires that gay people be allowed to marry. This remarkable degree of consensus is no coincidence – it is based the logic and language of Windsor itself.

Windsor’s 42-year long engagement and finally, marriage to Dr. Thea Spyer is honored by the 2009 documentary Edie & Thea: A Very Long Engagement. Edie traveled extensively with the film in the United States and in Europe, using the Q & A to advocate coming out, for marriage equality, and for the joy in commitment.