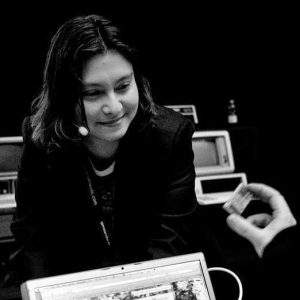 Dr. Melanie Rieback is the CEO/Co-founder of Radically Open Security.
Melanie is a former Asst. Prof. of Computer Science at the Free
University of Amsterdam who performed RFID security research (RFID Virus
and RFID Guardian), that got worldwide press coverage, and won several
awards (VU Mediakomeet, ISOC Award finalist, NWO I/O award, IEEE Percom
Best Paper, USENIX Lisa Best Paper). Melanie also worked as a Sr.
Engineering Manager on XenClient at Citrix, where she led the Citrix
Vancouver office. She was also a Sr. Managing Consultant in the Cyber
Crime Expertise and Response Team (CCERT) at ING Bank, where she set up
the CCERT Analysis Lab and was the lead technical project manager of the
ING Core Threat Intelligence Systems. For fun, she founded the Dutch
Girl Geek Dinner in 2008. Melanie was also named 2010 ICT Professional
of the Year (Finalist) by WomeninIT, and one of the “400 most successful
women in the Netherlands” by Viva Magazine (Viva400) in 2010.