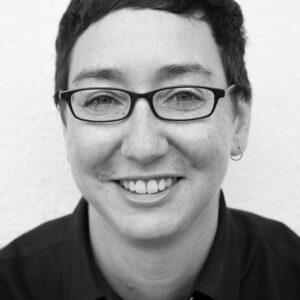 Debra Cleaver currently serves as the Founder and CEO of Vote.org, a nonpartisan, nonprofit voting organization that aims to use technology to simplify political engagement, remove barriers to voting, increase voter turnout, and strengthen American democracy. Vote.org launched to much acclaim, winning the prestigious Knight News Challenge in 2015, and accepted into Y Combinator’s 2016 Summer Cohort. Vote.org is widely recognized as the most cost-efficient, and innovative, voter turnout organization in America. Since 2016, Vote.org has registered over one million voters, and run large-scale Get Out The Vote campaigns targeting tens of millions of already registered, but low-propensity voters.

Vote.org is known for their relentlessly upbeat approach to voter turnout. The organization rejects outright the idea that Americans don’t want to vote, and focuses instead on the external factions that make it hard for Americans to vote, including antiquated technology, archaic and restrictive voter laws, complicated and opaque processes, and the fact that Americans vote on a Tuesday. As a result, Vote.org’s interventions including everything from using peer-to-peer SMS to register new voters, to multi-state billboard campaigns advertising the day and date of the election, to a direct challenge to American CEOs to give their teams paid time off to vote (ElectionDay.org)>

Debra has been at the intersection of technology and democracy since 2004. In 2004, Debra acted as a national director for Swing the State, an online resource that matched volunteers with GOTV efforts in swing states, one of the first projects to translate online engagement into on-the-ground action. Debra started Long Distance Voter in 2008 with the goal of making vote-by-mail more accessible and providing nonpartisan resources motivated but underserved voters. With only volunteer staff, Long Distance Voter (LDV) emerged as a voting powerhouse: by 2012 more than 3 million people had visited the site. Google.com Civic Engagement Team chose LDV and Pew’s Voter Information Project as the official data providers for their 2014 Election Information Boxes that were viewed over 30 million times. In 2014 Debra became the first full-time staff member at LDV and led its transition into Vote.org in 2016, a national resource for voting information and tools.