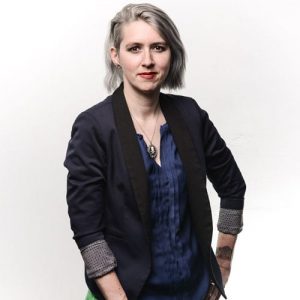 Debbie Rouleau is a frontend developer at Plank. For the last 18 years, she worked on different media and automobile industry websites, as a freelance web designer, and as an associate of their own communications and web agency. She specializes in modern HTML/CSS, responsive site optimization and performance.

A self-confessed Geek, she co-founded the Montreal GeekFest and is involved with a number of tech meetups in Montreal. She has spoken internationally on Geek culture and mental health issues in that community, and regularly speaks to high school students about careers in technology, issues of mental health in IT, and information security.

Debbie considers herself a blend of Space Pirate Captain Harlock and My Little Pony’s Rainbow Dash – a modern day pirate out to make the web (and the world) a better place. She is energized by spending time with her daughter and small army of cats.