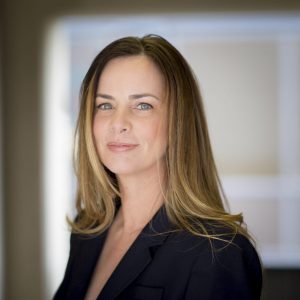 Dawn is responsible for all Boingo’s consumer-driven revenue, including the Retail, Broadband, and Advertising lines of business. Beyond P&L responsibility, Dawn oversees all lifecycle sales/marketing support for B2B products and lines of business as well as corporate marketing, branding, communications, PR and IR. During her tenure, she’s also had responsibility for Product as well as Customer Care.

Dawn is part of the leadership team that took Boingo from start-up to global leader in Wi-Fi and DAS, including its IPO in 2011. PR Magazine named her “Marketer of the Year” in 2017. In 2016 and 2017, CableFax ranked her one of the “Top 100 Most Powerful Women In Cable.” And Cynopsis Media named honored her as a “Corporate Visionary” at the Top Women In Digital Awards, and a member of the “It List” at the Model D Digital Awards.

Prior to joining Boingo, Dawn spent 10 years with Time Warner Cable, where she was VP of Marketing for the Southern California region. During her tenure there she was named “Woman of the Year” by Women in Cable and Telecommunications (WICT) and was a Betsy Magness Leadership Institute Fellow in 2004-05.

Dawn holds a BA in Sociology from Washington State University and an MBA in Entrepreneurship from Concordia University.