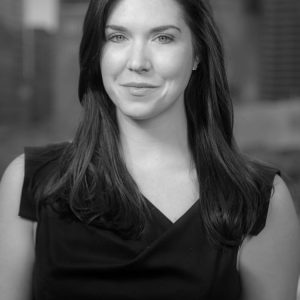 Christina Wallace is the founding director of BridgeUp: STEM, a new educational initiative at the American Museum of Natural History with a mission to captivate, inspire, and propel girls and minorities into computer science. It is funded by a generous $7.5M 5-year grant from the Helen Gurley Brown Trust.

Previously Christina was the founding director of  Startup Institute New York, the Founder and CEO of venture-backed fashion company Quincy Apparel, a management consultant with the Boston Consulting Group, and an arts manager at the Metropolitan Opera. She holds undergraduate degrees in mathematics and theater studies from Emory University and an MBA from Harvard Business School.

Originally from Lansing, Michigan, Christina is a resident with 30 Weeks, a Google-backed incubator, and a mentor with Techstars Detroit, Coolhouse Labs, and the New York Fashion Tech Lab. She is pleased to sit on the alumni board of Interlochen Center for the Arts.

An avid writer, she contributed a chapter to Passion and Purpose, published by Harvard Business Press in 2011. She was named to Mashable’s list of “44 Female Founders to Know” and Refinery29’s list of “Most Powerful Women in NYC Tech.” She has been profiled in Elle,Marie Claire, the Wall Street Journal, and Fast Company, among others. In 2013 she won the $250,000 Take the HELM grant to open Startup Institute’s New York campus. In her free time, Christina sings with Ensemble Companio, embarks on solo adventure travel, and is an amateur athlete, with 19 half marathons, 3 triathlons, and 2 marathons under her belt. She currently resides in Brooklyn.