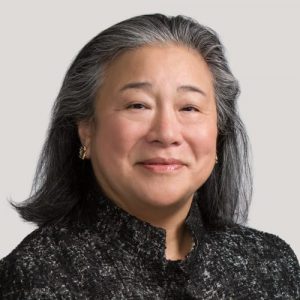 Tina Tchen is a partner at Buckley Sander LLP and the Chicago office leader. Prior to joining Buckley Sandler, Tchen served as Assistant to the President and Chief of Staff to the First Lady Michelle Obama from 2011 to 2017. In the Obama Administration, she also served as the Executive Director for the Council on Women and Girls, which was created by President Obama in March 2009 to ensure that all parts of the federal government addressed the needs of women and girls. Previously she was the Director of the White House Office of Public Engagement.

Before joining the White House, Tchen was a partner in corporate litigation at Skadden, Arps, Slate, Meagher & Flom LLP. Tchen litigated high profile cases involving shareholder disputes, securities law, mergers and acquisitions, constitutional law, insurance, real estate, and contract matters. She also represented public agencies in state and federal class actions, including the Illinois Department of Children and Family Services, the Illinois Department of Public Aid, and the Chicago Housing Authority.
Tchen has received many awards in recognition of her work, including the Leadership Award from the Women’s Bar Association of Illinois (1999); “Women of Achievement” award from the Anti-Defamation League (1996); and Chicago Lawyer “Person of the Year” (1994). She has also been recognized as a Business Leader of Color by Chicago United (2005).
In addition to her work at Buckley Sandler, Tchen serves on numerous strategic advisory boards for organizations, businesses, and nonprofits, including the U.S. Afghan Women’s Council, Quantum Leaps, Inc., Civic Nation, the United State of Women, Women in the Service Change Initiative, and Gender Equity is Common Sense.
Tina received her J.D. from Northwestern University School of Law and her B.A. from Harvard University, where she was a member of Phi Beta Kappa and an editor of The Harvard Independent.