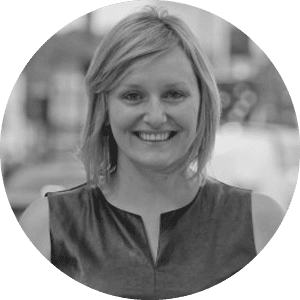 Buffy Wicks is a political strategist and expert in building and running local and national political and advocacy grassroots campaigns. She has extensive experience in managing and bringing to scale large operations in high pressure and fast paced environments, utilizing innovative communication and engagement tactics to shape public opinion and drive voter turnout. She is a public policy and public affairs veteran who has worked at the highest levels of government and political campaigns.

As one of the early hires on the 2008 campaign for President Obama, she spearheaded new and innovative strategies for grassroots mobilization and was responsible for a new model of outcome based organizing famously utilized during the Obama campaign. She was deployed to run state operations during the primaries and general election, including California, Texas and Missouri.

Wicks was then tapped by President Obama to serve in the Executive Office of the President as the Deputy Director of the White House Office of Public Engagement. In this role, she was President Obama’s liaison for key stakeholders throughout the country and charged with mobilizing their support to pass the president’s legislative priorities such as health care reform and financial regulation.

In 2012, as part of the Executive Management Team for President Obama’s reelection effort, she served as the National Director of Operation Vote. She spearheaded the campaign’s cutting edge strategy to communicate with and mobilize core demographic voters, including African Americans, Latinos, young people, and women, producing record turnout among targeted voter segments. She drove innovative strategies across departments—including organizing, digital, earned media, paid media, messaging, political outreach, and analytics—and engaged the campaign’s base to ensure the largest support and turnout from these key constituencies.

She most recently was a Fellow at the Institute of Politics and Public Policy at Georgetown University. Prior to that, Wicks transitioned Obama’s SuperPAC Priorities USA into a pro-Hilary Clinton vehicle and was it’s first Executive Director. Wicks previously worked in the labor movement, fighting for better health care and wages for disenfranchised workers, and on Capitol Hill. She was a Senior Fellow at the Center for American Progress focusing on public policies affecting women and families. She is originally from California and graduated with a double major in political science and history from the University of Washington.