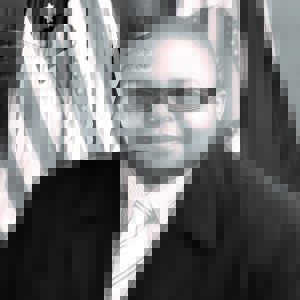 Ashlee Davis was appointed as the Special Assistant to the Assistant Secretary for Civil Rights in June 2013. Ashlee Davis is a native of Nashville, TN. She holds a J.D. from Howard University School of Law, Washington, D.C. and a B.A. in Politics and Philosophy from the University of Pittsburgh. Before joining USDA, Special Assistant Ashlee Davis served in the White House as the Staff Assistant to the Special Assistant to the President for Presidential Personnel. In this role she assisted with the personnel decisions and processes for Energy and Environment federal agencies, including five Cabinet-level agencies and two Executive Offices of the President. Prior to her role at the White House, Special Assistant Davis was a Legal & Policy Fellow for the moderate think tank Third Way where her portfolio included social policy issues such as LGBT equality, education and immigration. She also served as a Holley Law Fellow for The National Gay & Lesbian Task Force and as a Law Clerk for University Legal Service of Washington, D.C. where she focused on the protection and advocacy of individuals with mental and physical disabilities.