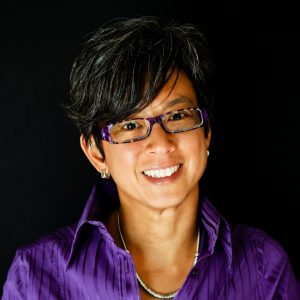 Until recently, Ann Mei Chang served in the Obama Administration as the Chief Innovation Officer and Executive Director of the U.S. Global Development Lab at USAID. The Lab is the newest bureau at USAID and aims to transform global development through science, technology, innovation, and partnerships. Prior to USAID, Ann Mei was the Chief Innovation Officer at Mercy Corps, an international NGO. She also served as the Senior Advisor for Women and Technology in the Secretary’s Office of Global Women’s Issues at the U.S. Department of State. At State, she conceived and launched the Alliance for Affordable Internet, a public-private partnership which aims to expand Internet access to the next billion.

Ann Mei has over twenty years of engineering and leadership experience at Silicon Valley companies including Apple, Intuit, and a few startups. Most recently, she served for 8 years as a Senior Engineering Director at Google, where she led worldwide engineering for mobile applications and services, delivering 20x growth to $1B in annual revenues in just 3 years. At Google, she also led the product development team for Emerging Markets.

Ann Mei was recognized as one of the Women In the World: 125 Women of Impact for 2013 by Newsweek/The Daily Beast. She is a member of the 2011 class of Henry Crown Fellows at the Aspen Institute and holds a BS degree in Computer Science from Stanford University.