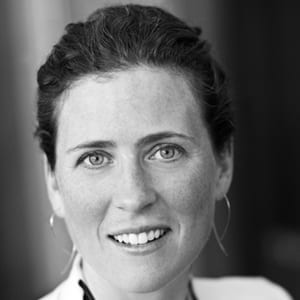 Alison H. Rosenthal has served as one of our directors since March 2011 and is a member of the Board’s Audit Committee. Since September 2014, she has served as Vice President Strategic Partnerships at Wealthfront, Inc., an automated investment service.  From July 2013 until August 2014, Ms. Rosenthal served as Chief Operating Officer of MessageMe, a company that develops and offers a multimedia messaging application  for mobile devices, and from December 2011 until July 2013, she served as Executive in Residence at Greylock Partners, a leading venture capital firm. From February 2006 until January 2011, Ms. Rosenthal led various initiatives in the Business Development Department at Facebook, Inc., where she served as Senior Manager from February 2006 until July 2008 and as Head of the Global Operator Program, Mobile from July 2008 until January 2011. Ms. Rosenthal also served as an associate at General Atlantic Partners, LLC, a global private equity fund focused on IT, from February 2001 until June 2003 and as an analyst at Goldman, Sachs & Co., a leading global investment banking and securities firm, from July 1998 until July 2000.

A life long athlete, Alison is a former professional cyclist and a sub-three hour marathoner. She enjoys reading, brewing ales and painting.