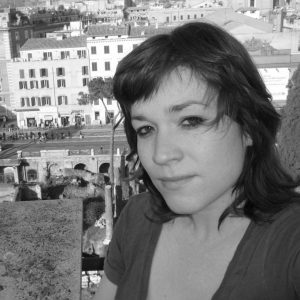 Ali Fitzgerald is an artist and writer who lives and works in Berlin.  She writes and draws the popular comic Hungover Bear and Friends for McSweeney’s (which was originally conceived with the idea and structure of a “meme” in mind) and contributes a bi-weekly visual column to Art Magazin.


Her comics have appeared in the Huffington Post, Modern Painters, Gastronomica, Berlin Quarterly and Bitch Magazine and her artwork has been exhibited extensively in the U.S. and Europe as well as featured in the New York Times, Artlies! and Art in America.

She was a regular contributor to the arts e-magazine Art21 where she started the column Queer Berlin which explored the queer cultural zeitgeist in Berlin. She has also served as the Berlin correspondent for Daily Serving and New York Arts Magazine.

She is currently working on several book and magazine projects which seek to carve out new modes of contemporary visual storytelling within the expanding field of comics literature. She also co-teaches a comic workshop for *women and recently started a comics program for refugees at Berlin’s emergency refugee shelter. In the Fall she began a comic series focusing on the stories of Syrian refugees, the first installment of which was published on Vox in September of 2015.